This week, we had the pleasure of reviewing a very interesting Edgewonk trading journal.

The user messaged us, saying that lacked confidence in his trading because his performance wasn’t what he was hoping for. He even stopped trading for a while because of that.

During the review, we were quickly able to identify areas in his trading that, if the trader could improve on, would potentially turn him into a profitable trader. Even more interesting, it appeared that his overall system could have been quite profitable and that there were just a few things that caused huge losses. But let’s dig into the journal together and see what we can learn.

What to look for in a journal

During your own review, you should always look for outliers first. Things that caused the biggest drawdowns and certain areas that are responsible for the majority of your losses. It is not helpful to look for marginal improvements, especially if you haven’t done a proper review. During this review, this will become very obvious.

When we start our reviews, we like to start in the Home Tab and take a look at the Overall Evaluation box to get a basic idea of what is going on there.

The winrate with 45% isn’t that high, but this should not be a major concern. A system with a winrate of 45% can be traded profitably quite easily if the Reward:Risk risk ratio is above 1.5.

But when we look at the Avg RRR Planned, it is only at 0.74. So the outlook of the trades, right from the start, is not great and the trader should look into aiming for wider targets potentially. But this is just a first observation. 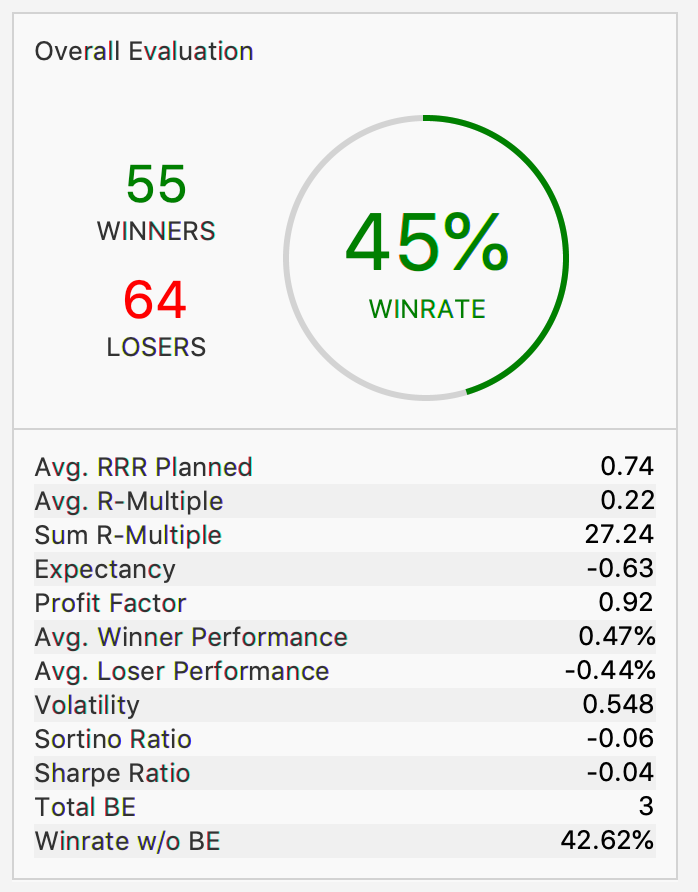 This already indicates that we may be able to find outliers during the next step when we look at individual components of the trader’s trading behavior.

Now, we move to the Trade Analytics and we will look at the different components one by one to check if we can identify outliers and single areas that caused large losses.

We start with the Ordering Criteria “Trade Setups” which represent the individual setups/strategies the trader uses in his trading.

We ordered the table by “Sum Gain($)” and we can see right away that there are two setups (“break support and pullback” and “bounce OB”) that were responsible for a large amount of the losses.

The overall loss was -77 USD but just the two setups alone amount to over -220 USD. Just by leaving out those 2 strategies, the trader would have been very profitable. Especially when we consider, that the two setups were only 11 trades. The expectancy ($) is very high for the two setups which means that the individual losing trades are quite large. The setup “break support and pullback” also has a winrate of 0%. The trader needs to overthink if he wants to drop the setups altogether or start working on those. 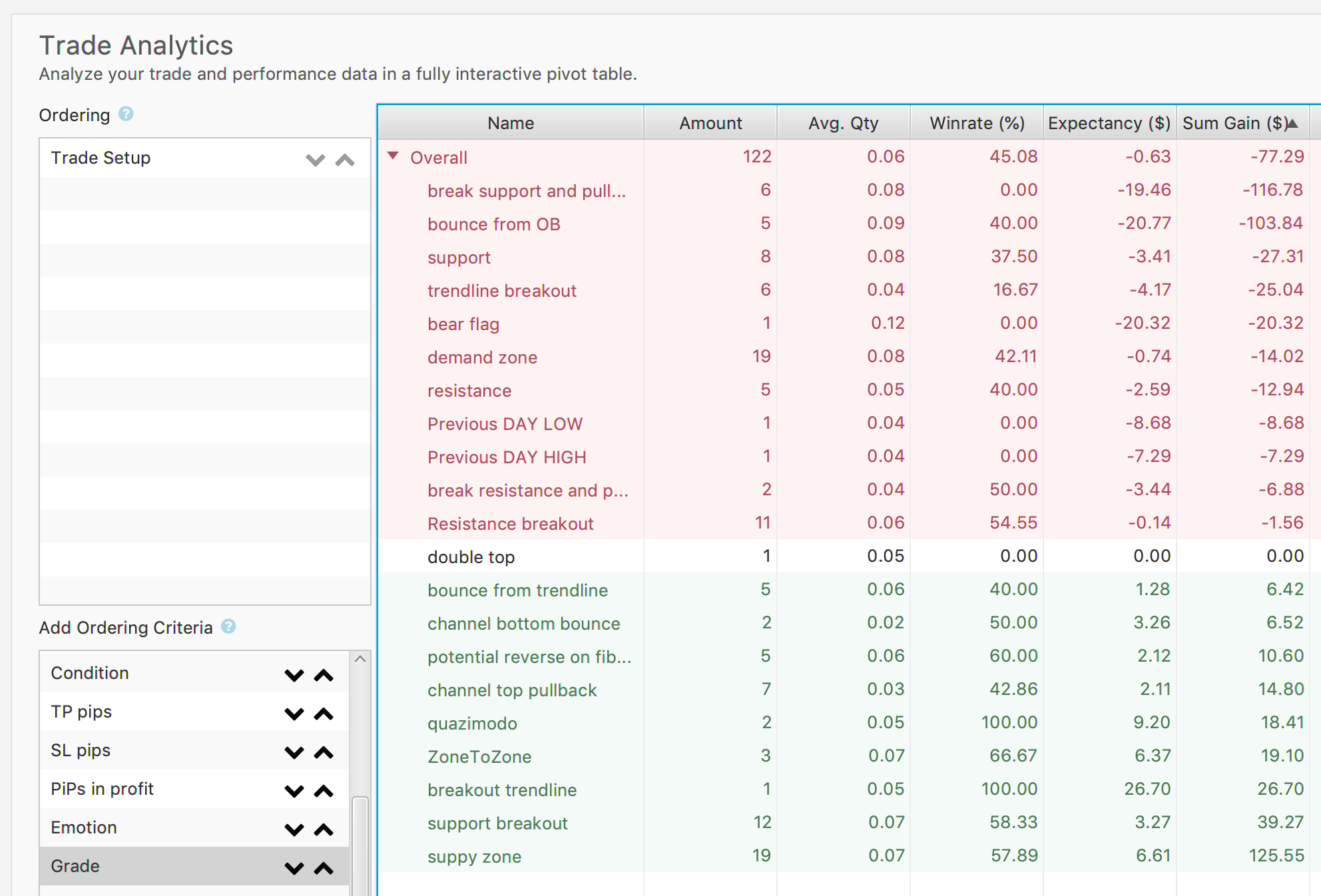 The trader used various comments to describe and analyze the trade entries. And when you look at those in the Trade Analytics, we see that the comment “Impulsive” entry has a total loss of -99.31 USD. Just leaving out impulsive entries would have already made the trader profitable.

Of course, this is easier said than done, but seeing that you could have been profitable if you just would have followed the system can be a great confidence boost.

Often, traders do not even know how close they might be to being a profitable trader. This trader seems to have quite a profitable system, but he is breaking his rules too often and then ended in the red. Hopefully, by seeing how close being profitable is, this will lead to a change in behavior.

Now, when we use the filters in Edgewonk and filter out the trades that weren’t in his trading plan and the two unprofitable setups, which we all identified in the steps above, the new equity graph would look very promising.

It shows a potential gain of 11.12% which is significantly better than the -2% of his real performance.

We talked to the trader and he was very motivated to see those potential results and he was not even aware that his actual system did perform that positively.

We consulted the Trade Simulator in Edgewonk and by including all trading data from his journal, the potential future simulated outcome looks very uncertain. The simulated account developments are all over the graph and it is very likely that he will continue losing if he keeps trading the way he has. 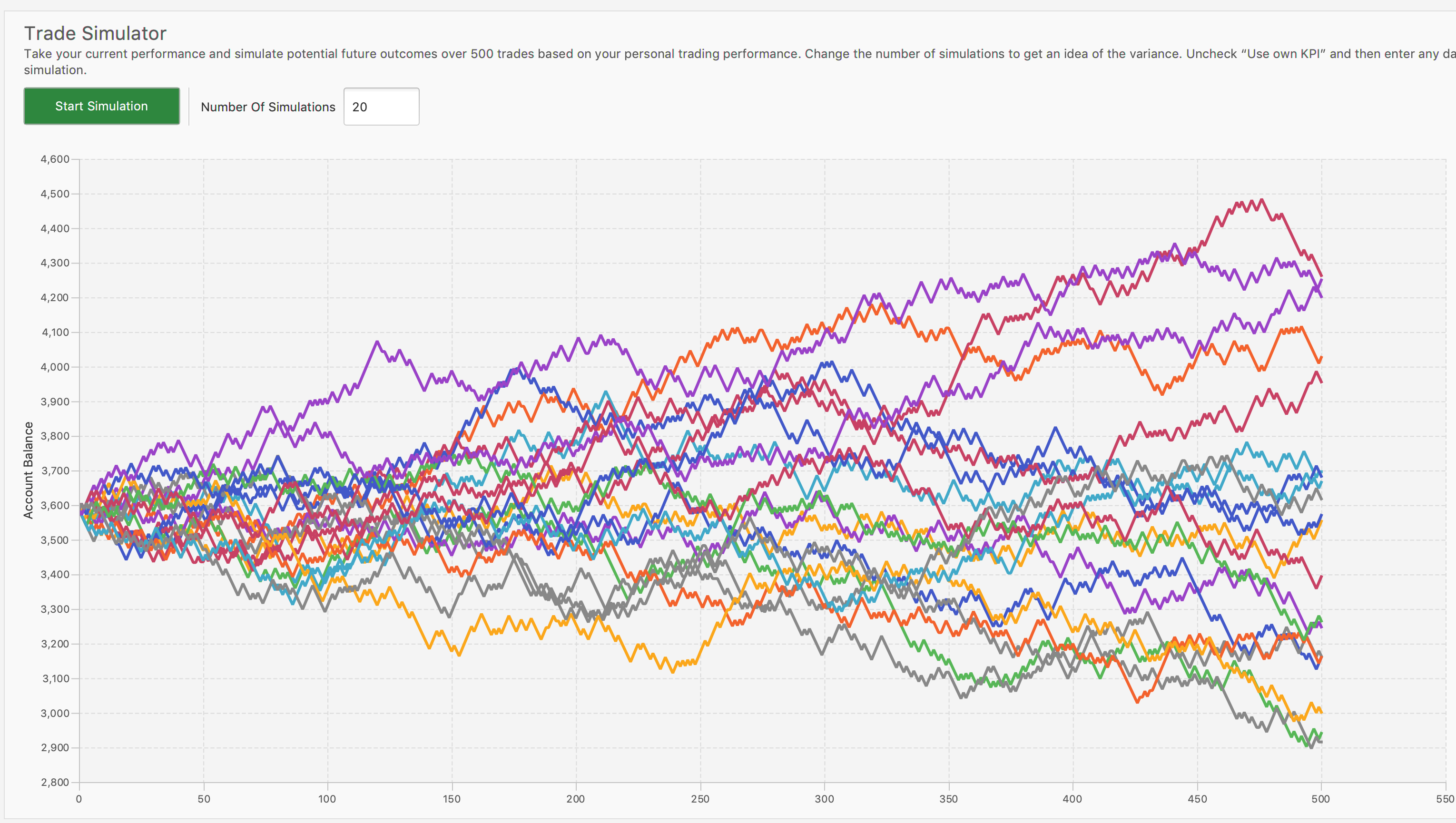 If we, again, filter out the trades that weren’t in the trading plan and the two extremely unprofitable setups, the new simulated future performance looks positive in 100% of the simulations.

This should be a huge confidence boost for the trader and it may actually lead to a change in trading behavior. 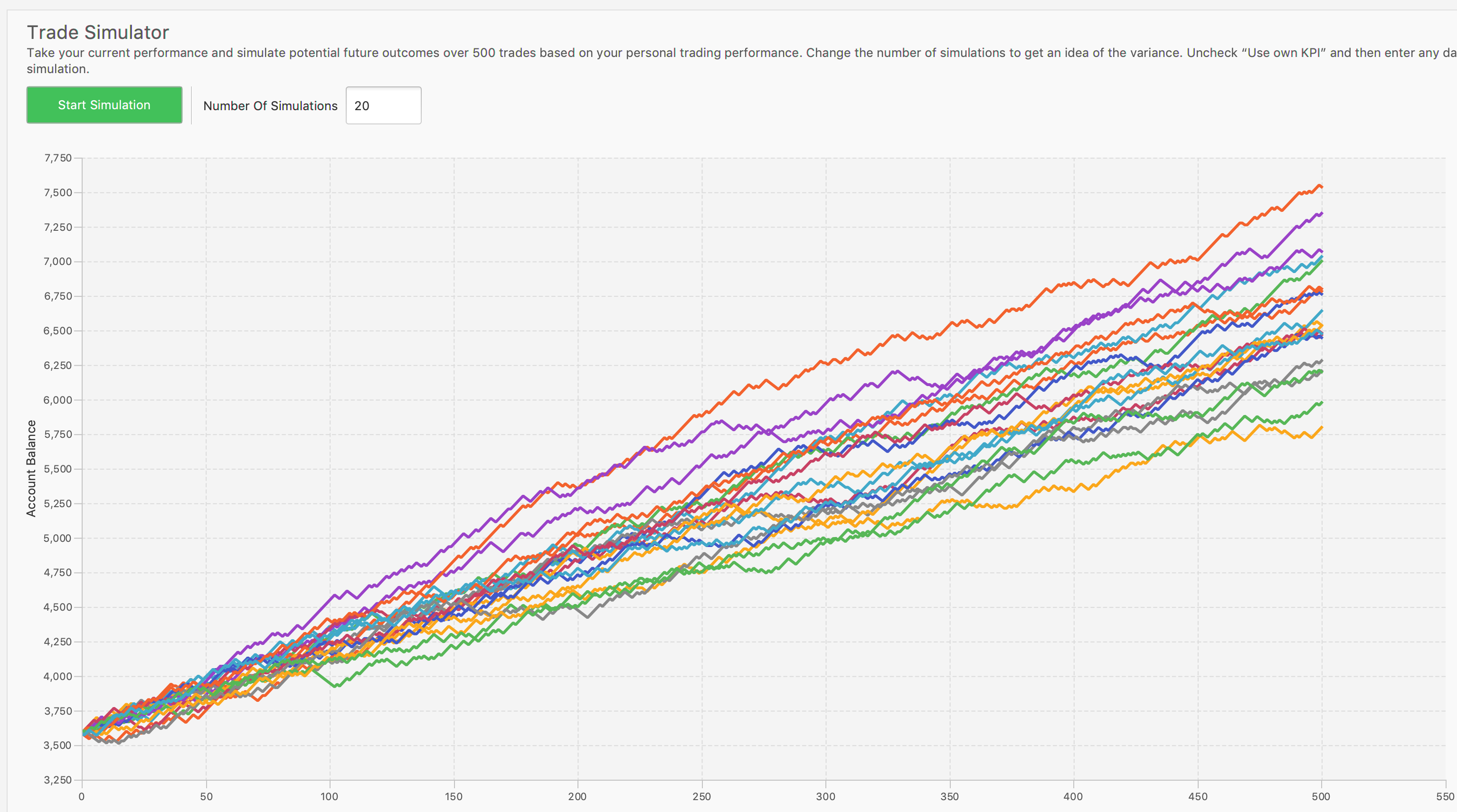 Many traders are not even aware of how close they are to becoming a profitable trader. This review shows nicely that, by utilizing the custom tagging function in Edgewonk, it is possible to find how to turn your trading by just making a few small tweaks.