the much sought-after trading plan is now available in Edgewonk.

When you have identified a potential trade setup, but the final trigger hasn’t occurred yet, you can now enter your planned trades in the Trade Plans tab in Edgewonk.

This is a way to stay organized and also reduce the time it takes to enter the final trade in Edgewonk because you can, with one click, move a planned trade to the actual journal or the missed trades area.

This is how the planned trades work

Step 1: Go to the new “Trade Plans” tab and click on the button “Add New Trade Plan”. A new popup will open where you can enter the trade details and also assign a screenshot. 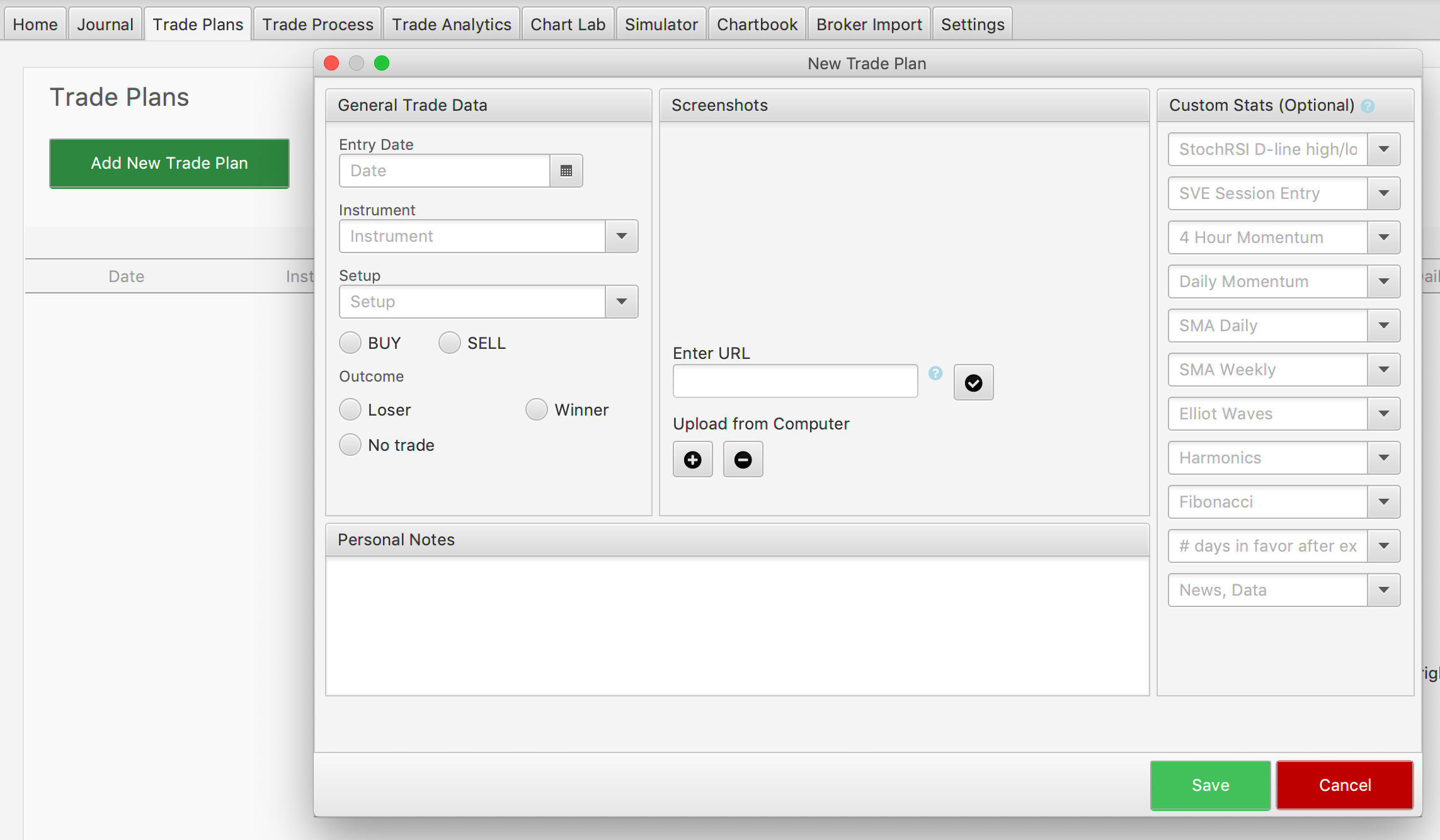 Step 2: Right-click on a planned trade and you can choose between moving it to the journal or to the missed trades area in Edgewonk.

If you are using one of our platform imports, we recommend not moving the planned trades. In the future, we will introduce new features here.

Once you made the selection has been made, a new popup will open where you can complete the input.

Tipp: Utilize the Trade Entry comments to track whether the trade was in the trading plan or not. If, for example, you only want to make sure you take trades that have been planned in advance, set up the comments “Trade in trade plan” and “Trade not in trade plan”.

Tipp 2: You can also dedicate one Custom Statistic just for the trade plans. You can, for example, list trading criteria or other components.

Do you have the latest version?

Simply go to Settings and under Your License, you will see your Edgewonk version.